I only alluded to this in my first post. (The quotes below are from the same.)

Not too long after graduating [from a conservative evangelical Christian university], I became pretty frustrated with what the Christian life was for me – especially with my “overactive conscience”. So I just kind of “set my faith aside”. I regret that now.

That cognitively dissonant phase – from my early 20s to my early 30s – was not the questioning. They were quite separate, overall. During that time, I generally didn’t really doubt the (supposed) truth of Christianity. I “just couldn’t do it anymore”.

Some events came to pass recently which forced me to face that cognitive dissonance that I had lived with for several years.

Basically, in my attempt to “come back to the faith” – in part, as I considered what kind of church I might try to get involved with, and “what kind of Christian I was going to be” – I thought it was important to determine what I believed about several doctrinal issues. One of those issues was the “eternal fate of man”[1].

I was “out of practice”, but previously, I had been a conservative evangelical Christian. As far as I knew and had been taught, the majority of humanity was not going to be “saved”, and so they would be going to Hell. This proposition is consistent with the fact that the majority of the people in the world do not identify as Christians.

Even though the largest (arguably) single religious population of people in the world is of those who identify as Christians, that still makes for a minority (about a third) of the world’s population. Then subtract from that those who aren’t “true Christians” – who aren’t “really saved” – and you’re left with an even smaller group that gets into heaven. (Narrow gate / wide road – Matt 7:13-14; Luke 13:22-30. The sheep and the goats, Matt 25:31-46. etc.)

The majority of people who are living, and have ever lived, after they die, will be condemned to suffer eternal torture by fire, for finite crimes, against an invisible god? They may have never heard of this god, or the solution to the problem (Jesus). They may be good and caring people otherwise.

Can this be right?

So I did some research on various Christian doctrines on the matter, and I attempted to see which one lined up best with the Scriptures. From what I recall, for the most part, the big three options are (1) an eternal fiery, torturous hell; (2) Annihilationism (or the more PC term, “conditional immortality”); and (3) universal reconciliation. There’s some variance on the questions of what portion of humanity gets the shitty fates (on 1 and 2), and for what reasons. 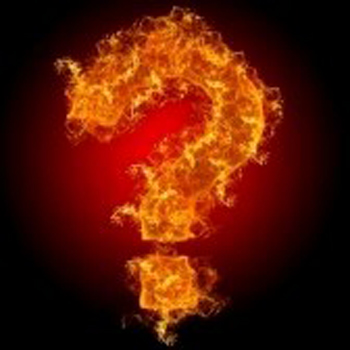 Naturally, as a person with some compassion for my fellow human, I was rooting for #3. But try as I might, I just couldn’t align that proposition with most of the bible verses I was reading. And the writings I read supporting that view just seemed like incoherent nonsense.

As it turns out, it seemed to me that the view most closely aligned with the scriptures was #2, Annihilationism. And yet:

I had believed the core of the Christian proposition for basically all my life, in one form or another. I was Catholic as a child; then born-again fundagelical as a teen and 20-something; then disillusioned as a 20- and 30-something – but still, I believed that God was our creator, Jesus was his son, he died for me, and after I die, I’d go to heaven.

And so, finally, after decades as a Christian, I asked: is this really true?

1. I’d rather say “of people”, but using the religious phrasing seems appropriate, and since I don’t buy any of it anymore, I don’t know that it really matters.

145 thoughts on “What Started My Questioning”